NOTE: This page was updated December 26th, 2013 to indicate the inclusion of one new panel participant.

“Code” signals both the promise of communication and the threat of obscurity, a means of simultaneously withholding and disclosing information, insight, and opinion. With the development and ubiquity of digital technologies, code has become the interface between human users and these technologies, a means by which human beings interface with machines. Theorists of code such as Wendy Hui Kyong Chun in “On ‘Sourcery,’ or Code as Fetish” (2008) critically examine the implications of code as interface. Belief that widely disseminated knowledge of software will bring about enlightenment, freedom, or democracy to an otherwise copyrighted system is to fetishize code. Instead, Chun observes that as executable language, code transcends performative language, for the code itself is what the machine does. Chun further emphasizes that because code is written it may also be read, and not just as the activities of machine, citing as an example “Graham Harwood’s Perl poem, [which] translates William Blake’s late-eighteenth-century poem ‘London’ into London.pl, a script that contains within it an algorithm to ‘find and calculate the gross lung-capacity of the children screaming from 1792 to the present.’”

William Blake’s Illuminated Books combine myth, visual images, and poetry so are particularly susceptible to being decoded, encoded, and then recoded. They encourage reading strategies that make coherent Blake’s array of unfamiliar characters, allusions, and imagery, while at the same time moving readers to re-enact the code of Blake’s text in further creative production. As Harwood’s Perl poem emphasizes, Blake’s works have been encoded as well, translated into code and re-presented in digital format in websites such as The William Blake Archive. “Encoding and Decoding William Blake” explores the works of William Blake as code in many of these different forms, particularly as a series of linguistic, visual, religious, social, and technological codes. It historicizes code by exploring the ways in which Blake’s work has both encoded and decoded religious and social values and the ways in which it is being re-encoded today with the advent of digital humanities. This panel also considers how Blake’s own manipulation of visual and linguistic codes might inform the hermeneutics of digital culture.

Joe Fletcher’s “Ocean Growing: Blake’s Re-encoding of the Newton Color Printed Drawing” examines Blake’s re-encoding of the design of the color printed drawing, Newton. In modifying the 1795 print, which equated Newton and his philosophy with the rock on which he sat, Blake made a strikingly ironic and more complex visual argument in the 1804-1805 version, which introduced the polypus as a code for a vast discourse concerning vitalism as an anti-Newtonian philosophy of life. Placing Newton at the bottom of the ocean in the later design drastically inverts the tradition of elevation and deification of Newton that had been occurring for a century. Blake’s addition of the mathematical diagram resembling Figure 10 of Newton’s Opticks adds a further level of irony. By radically transforming the rock of the 1795 print to the living coralline mass in the later version, Blake presents a powerful contrast between the Urizenic rigidity of Newtonian mathematical mechanism – for which the diagram serves as a code – and the vital, immanently generative polypus. The properties of the coralline world were crucial to the vitalist philosophies of La Mettrie, Buffon, and Erasmus Darwin, whose ideas impacted Blake in the years following 1795, making them a more likely source than Abraham Rees’s Cyclopaedia for Blake’s incorporation of the polypus in his work. For Blake, while both the polypus and Newton’s system may be products of a fallen world, only the polypus is capable of growth and change, unlike the oppressive and unchanging Newtonian law, which cannot apply equally to lions, oxen, and all other dynamic forms of life.

Sheila Spector’s “Encoding and Decoding Blake’s Book Illustrations: The Night Thoughts Watercolors” argues that Blake’s book illustrations, situated generically between purely visual and composite art, provide a fruitful entree into the process by which Blake encoded his work. Conventionally, book illustrations are designed to illuminate particular passages and are consequently subordinated to the verbal text. Blake, however, reversed this polarity, using the verbal as the pretext for generating his own vision of Christianity. Yet, fearing repercussions for the content of some of his works, he used kabbalistic myth as the vehicle for encoding his opposition, especially in his illustrations for Edward Young’s Night Thoughts. He used this commission to work out his own attitude towards the theological basis for Young’s meditations on “Life, Death & Immortality.” Rejecting exoteric Christianity, Blake exploited kabbalistic myth as the means of encoding his criticism of Young’s facile use of reason to justify the doctrines of original sin and eternal damnation. To demonstrate Blake’s technique, this paper focuses on the process by which Blake adapted the kabbalistic Spiritual Soul, initially to condemn exoteric Christianity for having replaced true spirituality with rational religion, though ultimately to sketch out his own counterpart to the Spiritual Soul, the mythic figure Luvah that he would reintroduce in The Four Zoas.

James Rovira’s “William Blake’s Manuscript Production Decoded: How Blake Encoded Manuscript Culture in His Illuminated Works” examines Blake’s pictorial representation of manuscript production in his Illuminated Books of the 1790s, comparing his methods to commercial publishing during this period. It argues that Blake intended not only to circumvent the publishing industry with his manuscript production technology, allowing him to work directly with his reading public independently of established publishers, but also to subvert attitudes toward texts themselves disseminated by Britain’s church/state complex. Blake’s hermeneutic and his practice of manuscript design and production – and its representation in his Illuminated Books in visual images of scrolls and books and poetic allusions to his printing process – are shown to be influenced by the manuscript tradition guiding western thought about texts from the classical era to the Reformation. They are also shown to stand in direct opposition to the post-Reformation attitude toward texts and textual production dominant in Britain’s church/state complex, one based upon print technology and the proliferation of printed Bibles. The paper will then explore how Blake’s reading strategies and manuscript production anticipate and inform issues arising at the end of the print era and the beginning of the digital era such as the combination of text and image, the instability of texts, and the effects of technologies themselves on the reception of literary and visual works.

Joe Fletcher is a doctoral candidate in the Department of English and Comparative Literature at the University of North Carolina, Chapel Hill. His research focuses on British poetry of the long eighteenth century and the history and philosophy of science. He is the Assistant Project Manager of the William Blake Archive.

Sheila A. Spector is an independent scholar who has devoted much of her career to exploring the kabbalistic aspects of Blake’s work. She published “Glorious Incomprehensible”: The Development of Blake’s Kabbalistic Language, and “Wonders Divine”: The Development of Blake’s Kabbalistic Myth (both Bucknell University Press, 2001), a two-volume study establishing the basis for Blake’s kabbalistic code. More recently, she translated and edited Francis Mercury van Helmont’s Sketch of Christian Kabbalism (Brill, 2012), the primary source for the Christianized use of Kabbalism since the seventeenth century. Currently, she is working on a book-length, kabbalistic analysis of Blake’s Night Thoughts watercolors.

James Rovira (@jamesrovira) is Associate Professor of English at Tiffin University in Tiffin, OH. His publications include his monograph Blake and Kierkegaard: Creation and Anxiety (Continuum 2010, paperback 2011) and articles in Blake: An Illustrated Quarterly, Christianity and Literature, Renascence, and others. Over the past five years he has presented papers at national conferences for the MLA, ASECS, ICR, CCCCs, NASSR, the CEA, and elsewhere.

One thought on “Encoding and Decoding William Blake” 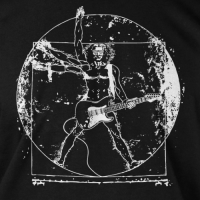 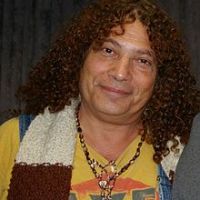