This page displays Michael Phillips’s reproductions, after William Blake’s originals, of four plates of Blake’s America a Prophecy as they were displayed in the Blake in the Heartland exhibit at Tiffin University, which ran March-April 2015. Blake’s America a Prophecy was one of Blake’s illuminated books produced during his residence in the Lambeth, Surrey area, now a part of Greater London, around 1793. It currently exists in four colored copies and thirteen monochrome copies, with one copy known from the historical record but currently unlocated.

America a Prophecy is the first of Blake’s Continental Prophecies, so designated because their subjects involve America, Europe, Asia, and Africa. Some of the color copies were printed by Blake using his color printing method, in which different color inks were applied to different parts of the plate in different printing sessions. Blake would then touch up the image afterwards with pen and ink and/or watercolor washes. Written during the early period of Britain’s war with France, Blake placed himself in great danger of accusation of sedition for printing a work so sympathetic to the goals of the American Revolution while Britain was at war with revolutionary France. The work celebrates revolutionary energy during a period of great tumult in European history, particularly valorizing American revolutionaries with a number of references to U.S. founding fathers.

Images of Blake’s originals below are taken from Wikimedia Commons. Each image of Blake’s original is followed by a reprint of the image after Blake’s original by Michael Phillips. View the William Blake Archive’s holdings of America a Prophecy, which also provides transcriptions of and annotations for each individual plate, or read David Erdman’s edition at the Blake Digital Text Project.

The images below are of the title page, plate 8/9, plate 10/12, and plate 14, each one followed by Michael Phillips’s reproduction. Click on the images to enlarge. 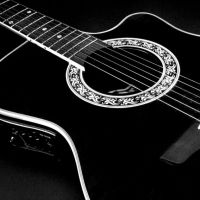