Chapter 8 of Rock and Romanticism: Blake, Wordsworth, and Rock from Dylan to U2 is “‘Swimming Against the Stream’: Rush’s Romantic Critique of their Modern Age,” pp. 111-126, by David S. Hogsette, Professor of English, Grove City College.

David S. Hogsette’s “‘Swimming Against the Stream’: Rush’s Romantic Critique of their Modern Age” engages Rush’s early-career individualism through lenses provided by Marilyn Butler and Löwy and Sayre to analyze the features of Rush’s critique of modernity. Hogsette argues that “Rush’s Romantic vision encourages audiences to reflect personally upon the music’s critical messages and to act locally within one’s community while also recognizing the true challenges of the individual’s ability to change the self and society within commercialized modernity.” Defending Rush against charges of being conservative, reactionary, or even fascist, Hogsette argues that Rush’s individualism follows the Romantic paradigm of being a critique of modernity, one characterized by nostalgia as a form of critique. Hogsette ultimately argues that over the course of Rush’s four decades-long career the band’s outlook and lyrics have reflected a transformation from one Romanticism in Löwy’s and Sayre’s taxonomy to another, moving from revolutionary or utopian Romanticism to restititutionist to resigned at different stages in their aesthetic and musical development.

Get the iTunes playlist for this chapter. 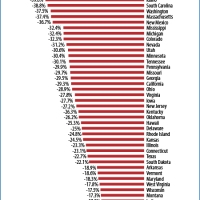