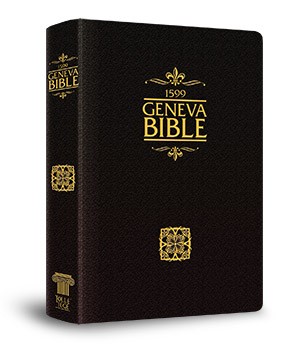 A website called The Patriot Report (subtitled Supplies for the Conservative Revolution) is currently advertising a 1599 Geneva Bible, buy one get one free for $49.99. It looks like an attractive enough product, and if it’s an exact reproduction of the 1599 Geneva Bible it’s worth having. There’s no disputing the historical significance of this specific English edition of the Bible. I don’t think I would pay the full price of $69.99 for any bonded leather Bible, or even the regular sale price of $49.99, because bonded leather is very cheap and falls apart in pieces over time, but around $25.00 isn’t too bad a deal.

What interests me is how this website is marketing this product. Consider this language from the final paragraph of the ad page:

For nearly half a century these notes helped the people of England, Scotland, and Ireland understand the Bible and true liberty. King James despised the Geneva Bible because he considered the notes on key political texts to be seditious and a threat to his authority. Unlike the King James Version, the Geneva Bible was not authorized by the government. It was truly a Bible by the people and for the people.

The final and strongest selling points for this Bible reside in the political circumstances of its production: it’s not enough that it is, presumably, the Word of God. The Geneva Bible is a better Word of God than that Other Word of God, the King James Bible (which used to be the fetish of far-right Christians who insisted that if “the King James Bible was good enough for Paul, it’s good enough for me”), because the Geneva Bible is an anti-monarchical and anti-government Bible. It’s a better Bible because it

1. Threatened the authority of King James, and

2. Was not authorized by the government — so presumably the King James Bible is actually now a socialist, big government, left wing Bible.

There really isn’t a better illustration of how even the Bible itself is subordinate to correct politics within American right wing Christianity — particularly the far right  — which leads me to think that American right wing Christianity has essentially become an anti-Christian cult in which Christ is a marginalized figure upon which right wing ideology is hung, and the Bible is only useful to the extent that it can support this state of affairs. I think we should rename this new religion Americananity. . . 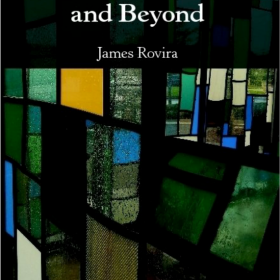