I would like us to think about the most recent election in terms of election history over the last 50 years or so.

From about the Korean War to the Reagan years we had a Democratically controlled Congress with the presidency alternating between Democrats and Republicans. We should note that this period was a period of massive economic growth, which on the downside also gave us the Vietnam War (and with it the start of the current national debt) and Watergate.

From 1989-93 the Democratic Party again controlled Congress while the GOP controlled the White House.

So it is, I think by now, very predictably swinging the other way again. The GOP is regaining control of Congress. If the pattern holds the GOP will hold both houses of Congress and the White House for the first two years of the next President’s tenure, and then will lose it to the Democrats after that. I’m unsure who the Republicans are going to run, or if they even have a viable candidate, so the White House may be a toss-up in 2016 regardless of election history.

So I’d like us to think about the most recent election in terms of recent history. It’s not a major upset. It’s just part of a predictable pattern. And it’s hardly a “mandate” either, since we had the lowest voter turnout in 72 years for this most recent election. I’m unsure what the Democratic Party was doing: I was very aware of their fundraising efforts but (at least here in Ohio) didn’t see or hear a lot of campaigning. Perhaps they expected to lose and are just gearing up for the Presidential year election. I don’t know. I think we had a slightly mobilized GOP voter base and a demoralized and unmotivated Democratic Party voter base.

The most recent election is bad news in a lot of ways, though. The current GOP is unrecognizable to GOP leadership in the 1990s. In the 1990s, the GOP attempted to govern responsibly and minimally, but it did attempt to govern. It even tried to transfer to an opposition president the line-item veto, which would cut pork barrel spending, and to institute term limits while it was in power, so the GOP was willing to limit its own terms in office.

For the last six years, the GOP seems to have become anti-government on principle, except for inflating our already bloated defense budget — but not on actual defense, or supporting our troops, but on defense contractor profits. In the education sector, what you can expect from the GOP are major cuts to education and, even worse, deregulation, which will not promote “innovation” in higher ed, or make schools better, but will just allow the proliferation of predatory practices.

Regardless of the pattern, the next two years are important, and the next Presidential election is meaningful. The lesson that we should learn either way is this: if you don’t like how things are going, get out and vote.

In the meantime, let the buyer beware in higher ed. 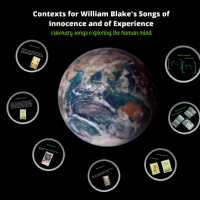