Media and public discourse define the abortion debate in terms of the following opposed positions:

I won’t review arguments for both positions because I believe that framing the argument this way is frankly stupid. It is designed to create an illusion of difference between Republican and Democratic positions to drive groups of voters to either party — either out of an urgency to stop a holocaust of unborn babies or to protect women’s rights and their freedoms over their own bodies, or, at the least, to allow women safe access to a procedure that they will be undergoing anyhow, legal or not.

The problem with framing the abortion debate this way is that it completely ignores social and political realities surrounding abortion and prevents us from working together to find solutions better than merely legal ones to our abortion problem.

I will be defining abortion as a problem: I don’t believe any woman ever wants an abortion. I have never known any woman who became pregnant so that she could get an abortion. What she wanted was to avoid getting pregnant to begin with, so when she gets an abortion, it’s always a lesser of two evils. She will be grateful that they’re safe and legal, don’t get me wrong, but she would rather not have become pregnant to begin with. Both sides of that sentence are equally important. No, I’m not defining women’s thinking or choices for them. If you are a woman who got pregnant solely for the purpose of having an abortion, please do comment. I’d like to hear from you. I don’t think they exist, though.

Now here are the political realities about abortion:

So here’s the political reality: there won’t be a Constitutional amendment banning abortion (when was the last time one was considered in Congress? How many times did Congress vote to repeal Obamacare instead?), and Republican dominated Supreme Courts have upheld Roe vs. Wade for the last twenty years or so.

Now how would you think about abortion if you had to accept that it was a long-term legal reality? Wouldn’t it be smarter to address causes, and to reduce the number of abortions by addressing the causes of abortions, rather than conduct a ridiculous debate that sets a political impossibility (outlawing abortion) against our current political reality (legal abortions with limited restrictions imposed by states)?

What are the causes of abortion? The top three are (and all stats come from the preceding link, but they are available from a wide variety of sources)

You don’t have to agree with these solutions, but of course the question is this: do you really want to reduce the number of abortions, or do you just want to punish women for having sex? Are you really trying to stop premarital sex with abortion laws? That won’t work either. It didn’t before Roe vs. Wade, and it’s not working that way now. Whatever solutions you propose, making abortions completely illegal doesn’t appear to be an option. The Republican Party delivered a majority of conservative justices to the Supreme Court by the 1990s, but Roe vs. Wade has not been overturned, and Congress hasn’t been aggressive about pursuing pro-life legislation (a Constitutional amendment) even when it was dominated by Republicans. The first two years of the Bush administration saw both houses of Congress and the White House occupied by a Republican. Abortion wasn’t high on their list of agenda items. The Republican Party isn’t really pro-life. It just says that it is to get votes from the religious right.

If you take the idea of outlawing abortion off the table, as it appears to be given our current political realities, how would you think about the problem instead?

2 thoughts on “Thinking Clearly about the Abortion Debate” 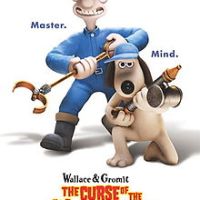