First, a little of my own background listening to this band. I grew up in Southern California in the 1970s, and I started listening to rock and roll on the radio when I was about 11 or 12. When I was 12 I was introduced to Elton John’s music through the daughter of a friend of my father’s who worked for Columbia records. Every time he’d come over he’d bring over a bunch of free albums, usually ones his daughter recommended.

My first real rock album was Aerosmith’s Rocks (one of the best rock albums of the 70s, and certainly the best album of the band’s oeuvre and their only top ten album of the 70s), which I got for Christmas when I was 12 (in 1976). After that, I was hooked. I wanted to grow my hair long and play guitar. I started listening to Ted Nugent, The Who, Led Zeppelin, Jethro Tull, and Lynyrd Skynyrd among others. So that places my Skynyrd fandom as starting around 1977, the year that the band was involved in a plane crash that killed lead singer Ronnie Van Zandt and their new guitarist Steve Gaines along with other band personnel. The other six band members survived but were seriously injured. In 1987 the band reunited for a tour, recruiting Ronnie’s brother, Johnny Van Zandt, to fill in on vocals, and as a result of that reunion the band has enjoyed a second life, releasing albums from 1991 to 2012.

I currently live about 75 miles from work, which translates to about three hours of driving round trip when I go in — so what I do is spend a lot of time listening to my iPod. When I can, I listen to a band’s entire discography in chronological order to get a sense of their history and musical development. I have all of Skynyrd’s studio albums and their first big live album, One More from the Road, on my iPod. I’ve listened to all of their albums over the last few days and have some thoughts about the band that I want to share here.

I just realized I’ve forgotten the album Christmas Time Again (2000), but we’ll keep it that way.

The two iterations of the band are very different. We might call them Skynyrd I and Skynyrd II. Skynyrd I started in 1964 and released five studio albums and one live album between 1973 and 1977. Skynyrd II started in 1987 and has released nine studio albums and five live albums between 1988 and 2012.  Skynyrd I has sold about ten million albums (not counting compilation albums), has three top ten albums, five top twenty albums, and all six of its albums are top 40. Skynyrd II hasn’t fared quite as well: none of its studio albums have reached gold record status and only one of its live albums have, but it has had three top ten singles and eleven top 40 singles.

After listening to all of Skynyrd’s albums, I think I can confidently say that Lynyrd Skynyrd doesn’t have any bad albums. They’re all good, if you’re willing to listen to the music and not just listen for familiar hits. There aren’t many (perhaps almost none) bad or filler songs to take up space between the radio hits. Differences are largely in songwriting and musical style.

Skynyrd I was a blues-rock band that kept one foot solidly in the Delta Blues tradition. They document their influences in the song “The Ballad of Curtis Loew,” which is about a fictional black blues singer who inspires a ten year old boy with his music. Curtis Loew is a composite of a number of real blues singers, one of them being Robert Palmer. It was possible for Skynyrd I to hit a wide range of emotional expression just with an acoustic guitar, as in the song “Four Walls of Raiford.” If I were to compare Skynyrd I to any other band, I would probably compare them to the Allman Brothers.

Skynyrd II,  however, seems to be writing for fans of Charlie Daniels and Asleep at the Wheel. They sound like they’re shooting for a harder rock edge on that type of songwriting, but except for this iteration of the band’s first album, 1991 (which sounds the most like a Skynyrd album of the 1970s), and the album Endangered Species, that’s the sound they seem to be hitting in most of their albums. Songs often veer very deliberately toward clichés, but they’re deliberately chosen clichés that resonate strongly with this fan base. There are few surprises: this songwriting persona, with almost no exceptions, has exactly the attitudes and opinions that you expect him to have, but he expresses them well. He’s a professional.

Probably the best comparison might be between “Saturday Night Special” (from Nuthin’ Fancy, 1975) and “God and Guns” (title track of their 2009 album). The first stanza of “Saturday Night Special” describes the use of a .38 caliber handgun by a robber to kill a couple sleeping in bed at night during a break-in, while the second one describes a drunken friend killing another friend during a card game (he thinks his friend is cheating).  The song ends with this thought:

Hand guns are made for killin’ ,
Ain’t no good for nothin’ else.
And if you like your whiskey,
You might even shoot yourself.
So why don’t we dump ’em people
To the bottom of the sea?
Before some fool come around here,
Wanna shoot either you or me.

“God and Guns,” on the other hand, is a string of NRA/Tea Party clichés. It’s a response to a political speech heard on TV. The song’s persona doesn’t like what he hears in the speech, so he responds,

God and guns,
Keep us strong,
That’s what this country
Was founded on.
Well we might as well give up and run,
If we let them take our God and guns.

It’s really very stupid: at no time from 2007-9 was any politician proposing legislation that would “take away” God or even anyone’s guns. There’s a difference between moderate gun control legislation and banning all guns, and most gun owners agree, although the people running the NRA would have you think otherwise. This author’s context is the “hunting club,” and that’s an acceptable use for guns, but Ronnie Van Zandt was thinking within that same context — what disgusts him about handguns is that they aren’t even good for hunting. They serve only one purpose: “hand guns are made for killin’ [people] / ain’t no good for nuthin’ else.”

The important differences here aren’t necessarily political, though — remember that Skynyrd I also wrote “Gimme Back My Bullets.” The important difference is that Ronnie Van Vandt wrote what he did after watching people in real life, and he felt for the human loss — or at least communicated such a feeling — while the songwriter of Skynyrd II is writing about what he sees on television, and the ideas that he has don’t go beyond opposition political slogans. So the first song is about a heartfelt emotion (I hate the human killing that handguns make possible), and the second song is about shouting back at the television, which may also be heartfelt, but it’s much harder to take seriously.

I sound like I’m being harsh, and perhaps I am, but I’d like to repeat that I don’t think the band has any bad albums in either period. In the later period, Vicious Cycle (2003) and God and Guns (2009) are probably the best and have the hardest rock edge, but only 1991 (I’ll let you guess the year of release) and Endangered Species (1994) sound much like the original band.

Endangered Species is a remarkable album and deserves special attention. It’s an all-acoustic album that presents seven unplugged versions of Skynyrd I songs performed by Skynyrd II, five new acoustic Skynyrd II songs, and an acoustic version of Elvis Presley’s “Heartbreak Hotel.” This album has a strong blues feel, even the new compositions, and fits in well not only with the entire Skynyrd I catalog, but with the best of  the Skynyrd I catalog. Yes, it’s that good. The only exception might be the new composition “The Last Rebel,” which sounds like an unplugged Jon Bon Jovi song. It’s a good song, but it’s one representative (the only one) of the weakest songwriting habits of the band’s second career.

The relative weakness of Skynyrd II surprises me, because it has in a way become a catch-all for 70s southern rock bands: they have been something of a superband. They have had in their lineup Hughie Thomasson (1996 until his death in 2005) from The Outlaws (who wrote “Green Grass and High Tides” and “There Goes Another Love Song”) and still have Ricky Medlocke (1996-) from Blackfoot (“Train Train”), who also happened to be an early member of Skynyrd I before the release of their first album. Brother Donnie Van Zandt from .38 Special and Kid Rock make occasional appearances too.

What I’d like to see is a return to the blues. Not to Skynyrd I, but just to its roots. Dream album? Recruit Kenny Wayne Shepherd as a guest guitarist and quit writing songs. Maybe a whole album with Kid Rock? Write poetry instead. Let us hear something we haven’t already heard. 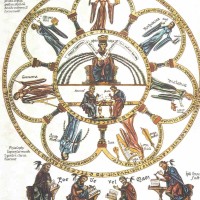 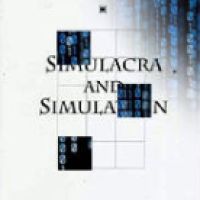 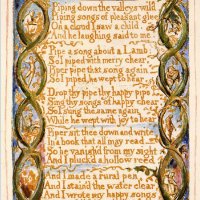 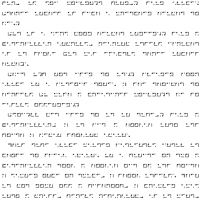 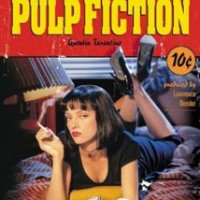 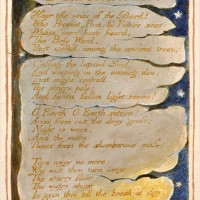